Northamptonshire-based hotel Whittlebury Hall is celebrating after two of its chefs have reached the finals of the Carlsberg UK Northamptonshire Food & Drink Awards 2018/19. 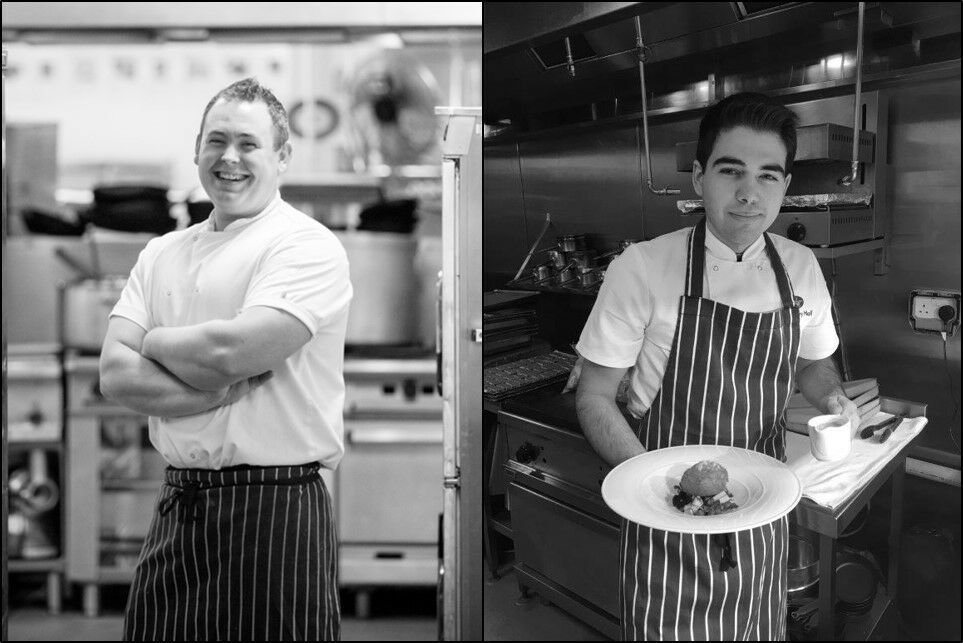 Head chef of Whittlebury’s fine-dining restaurant Murrays, Harvey Lockwood, is shortlisted for the ‘Chef of the Year’ title, sponsored by Dawn Farms, while Demi Chef de Partie, Deniz Gultez is hoping to be named the ‘Booker Young Chef of the Year’, for chefs aged 18-25, sponsored by Booker.

Both chefs were initially shortlisted from written entries, before competing in a cook-off against the top chefs in the region.

For the Chef of the Year category, Harvey Lockwood was first challenged to put his own twist on two set dishes – Mrs Beeton’s duck braised with turnips, and Northamptonshire cheesecake. This was followed by a Masterchef-style technical challenge to produce deep-fried goujons of plaice with tartare sauce.

The budding young chefs were presented with a hamper of ingredients from sponsors Booker, including the key ingredient of smoked tofu and local Northamptonshire Blue cheese from Hamm Tun Fine Foods. They then had 24 hours to decide on a dish to cook for the panel of judges, which included Booker’s catering development manager Peter Saunders and former Northampton College student Simon Dyer, who is now working at Gordon Ramsey’s Michelin star London restaurant Petrus.

The young chefs will face a final cook-off in September, before the winners of all categories are revealed at the awards dinner on Wednesday 7 November.

Hotel manager of Whittlebury Hall, David Munson, said: “I am delighted that we have not one but two of our talented chefs reaching the finals of the Northamptonshire Food & Drink Awards. What makes these awards great is that not only do they celebrate the best talent in the region, they also celebrate the finest produce – something which is firmly part of Whittlebury’s ethos too. I wish both Harvey and Deniz the best of luck at the finals, the whole team here is immensely proud of their achievements.”

Have you booked your Christmas party yet?

Whether you’re arranging your Company’s much anticipated Christmas party, want to make festive memories with special friends or just spend quality time with the family, make Whittlebury Park your venue.